Data Visibility Is Everything 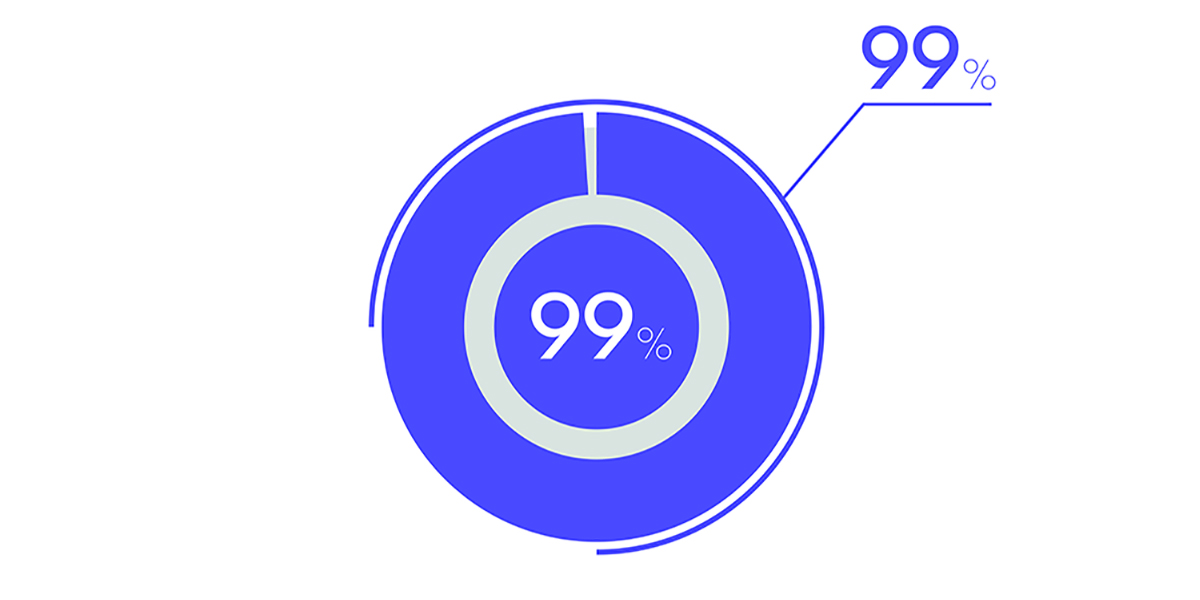 Sadly, lots of companies only ever see the test results they want to. They don’t see the failed tests and often discover problems too late – which in manufacturing can have terrible implications. To avoid it, you need real-time data visibility.

All the big buzzwords of tech – be it AI, Machine Learning, or RPA – need access to data to be effective. But, before you go and drop a big investment on cutting edge technology, think about how much time and money real-time test data could save you and your whole operation. Better still – let us show you.

If It’s Broke, Fix It

Let’s start with a slightly exaggerated example, so you can see the problem clearly. If you take one unit, with a single serial number, and test it and it fails that first test, but you test it a further 99 times (unlikely we know) and it passes each time – many systems will report this as a 99% first pass yield. That is fundamentally untrue – the first pass yield is actually 0%.

Many companies out there have data that is disguised by the systems they use, whether they’re built in-house or if you’re using a tool that isn’t specifically made for test data.

If this is happening off-site with a contracted manufacturer then you’re paying for all the retests just to get a pass when there could well be something wrong with the design or construction of the product itself. If a unit isn’t regularly making it through the first pass then there is a deeper problem that needs to be addressed.

By the time you realize that there wasn’t enough monitoring on the previous test stages, it’s too late. Only by acting on an issue both when and where it arises can you make effective changes either to testing, design, or manufacture. If you don’t catch it in time then costs are likely to spiral very quickly.

It’s not just off-site manufacturing that needs to be totally visible. Very often you’ll have major problems internally that are all but invisible because you can’t see where they’re coming from. If you’re spending lots of time retesting you aren’t being efficient with your machine capacity, nor are your teams focusing on other value adding activities. That being said, the only thing worse than you finding an issue with your product is your customer finding the problem instead.

If you’re a manufacturing company with a narrow range of products and you have a mass recall on a particular unit it could cost you your whole company. Excluding the reputational damage of recalls, the sheer cost of informing customers, recalling goods, and either repairing or replacing can be huge.

Ultimately, products that turn out to have a much higher failure rate than test results suggest have an enormous negative impact on businesses and the thing is a system like WATS can be deployed in hours and protect you from all of that risk.

If you manufacture and test then you need WATS. Contact us today.

Book a Demo to see WATS in action

Get updates on digitalisation in the electronics industry.